Is there anything more important in your life than your child?

As our children are so important to us, there is no wonder that it hurts when things are not going as well as we wish with them. As your parent coach, I can help with challenges such as don't be a perfect parent,

Be the Parent that your child needs

I grew up in Sweden, lived and studied in various countries, and I now live with my husband and our three daughters in Tokyo, Japan.

I love to help people to realise something new about themselves and have "aha-moments". In every part of my life I aim to lift people up.

I studied at UWC Atlantic in Wales, an international boarding school where students from all over the world gather to learn, play, work for their communities and promote international understanding together. After a gap year (which I party spent in India working with children in orphanages and schools), I studied psychology at the University of St Andrews in Scotland. Thereafter, I was trained by the International Coach Academy to become a Certified Professional Coach. I am now also a a member of the International Coaching Federation and accredited Associate Certified Coach.

Although I'm a parent coach, I also have many clients without children. Challenges such as career transitions, relationship problems, how to get organised and how to find and prioritise what is most important are common and exciting coaching topics.

At home, I aim to be a creative and fun mother who leads my trilingual family to a healthy and balanced lifestyle. I also teach English to children and adults in my local community.

In support of the UWC, young stundets and international peace, I have started a project to coach in exchange for donations to UWC. For more information about this project, please visit Coaching for UWC 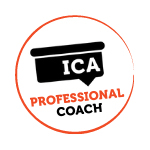 Some children in Japanese schools find it interesting and easy to learn kanji. Others need more motivation boosts. Here comes a list of ten creative and fun alternatives to the normal school-like study methods. I hope that you will find something that will suit your unique child. Writing in chocolate sauce is fun both because it’s messy and because it tastes good. You can buy ready-made chocolate sauce or you can make your own healthier version (I usually mix cocoa, honey and water). Spread out a thin layer on a plate and tell you child which kanji to write in the sauce with his or her finger. After writing one kanji, simply erase it by spreading out the sauce again and lick your finger. Repeat over and over again until you run out of chocolate sauce or until you have practised enough. Younger siblings can practise writing hiragana or the alphabet. Siblings who are too young to write can still participate by simply drawing whatever they like in the chocolate sauce. If you don’t want to use chocolate sauce, you can take something else with a similar texture. If you have bright-coloured plates, it’s best to use a dark-coloured sauce. Bright-coloured sauces, such as custard, work well on dark plates or trays.

Use a toy sword or a folded umbrella and write the kanjis in the air. If you and your child have one “sword” each and write at the same time facing each other, it will feel like a real duel. Practising in this way is good for children who want to use their whole bodies (rather than the sitting down with pen and paper type), but it can be difficult for the parent to see whether or not the child actually writes the kanji in the right way.

If you have a lack of space, or if you can’t find anything that can work as a sword, you can use a magic wand (for example a pen or a chopstick) instead. If you like, you can pretend that whatever you write in the air with your wand, magically materialises in front of you. Take any transparent plastic sheet, cut in equally big squares, and write out parts of kanjis on them so that your child can build complete kanjis by putting two or more plastic squares on top of each other. This is a little bit like chemistry. You can experiment and get different results (kanjis) by adding different ingredients (kanji parts). This game is great for practising long Japanese words that contain several kanjis combined together. First you will need to write down each kanji on a separate piece of paper. Then, spread these out on the floor. (You might need to use tape if you don’t want them to move around too easily.) The aim of the game is for your child to touch all the kanjis in a word that you choose, only using hands and feet. For example, if you say the word “遊園地”, your child needs to put one hand or foot on 遊, one on 園, and one on 地. If he or she falls or touches the floor with a knee or an elbow, it’s game over. You can of course play this with many children at the same time (as is normal twister). In that case, the winner is the one who lasts in the game the longest. If you have only one child playing at a time, you can give one point per word, and the child can try to break their personal record. If you exchange the kanjis to hiragana, katakana or alphabetic letters, you can practise making words in the same way. Just make sure to not ask your child to do a word with more than four characters/letters as your child of course doesn’t have more than two hands and two feet. Using paint is a bit like doing Japanese calligraphy, but with more colours. Writing kanjis gets more fun and artistic, and you can make it easier to learn the meanings of each kanji. Think about which colour that fits best for the specific kanji that you will practise. Add little details that make the meaning of the kanji more obvious. The more thought you put into each kanji that you draw, the more difficult it will be to forget that kanji in the future.

If you think that paint is too messy, you can do the same thing with colour pencils. Choose different colours for different kanjis, and add details that show the meaning of the kanjis. You can also, instead of writing the kanji itself, draw a mnemonic. For example, the kanji for time (時) depicts a sun and a temple, so you simply draw a sun and a temple. Some kanjis don’t have as easily defined components, so you will have to be creative and make up your own. Each line can become whatever you think it should be. There are no rights and wrongs. As long as the mnemonic pictures help you to remember the kanjis, they are good. An even more creative and more memorable way of creating mnemonics is to take items that you have around you to make statues. Using the example above, a yellow ball (sun) next to a box (temple) could represent the kanji 時. As you can see in the photo, two lego figures, one wearing a hat and the other wearing a cap, play together on a toilet paper road. This represents the kanji for play (遊). Clay stimulates the senses much more than a simple paper does, and yet, you can write on it just like you can write on a paper. Roll out the clay flat, and use a stick (chopsticks or even an ordinary pencil is fine) to write on it. After writing, you can erase it by flattening out the clay again with your hands or a rolling pin, and start over again. This saves a lot of papers! If writing on rolled out clay is not fun enough, you can shape the clay in your hands and make kanji sculptures. When you don’t have enough time and space for big creative projects that include paint, clay or moving around, but you still want your child to give the kanji homework some thought, you can make your child sort kanjis into categories. The categories don’t have to have any relationship with the kanjis to be practised. In fact, the more irrelevant the categories are, the more your child will have to think to come up with a good reason to why the kanjis should be in each selected category. Give your child a list of kanjis to be sorted. Then present about three or four categories, such as different animals, food items or seasons, and ask your child to write each kanji on the list of one of these categories. Afterwards, you can discuss why they sorted the kanjis as they did. What was the reasoning behind it? Even though this exercise may not have much to do with the kanjis themselves, it forces the child to think about them. This in turn will help your child to remember them.

The purpose of learning kanjis are, of course, to be able to use them. Give your child a list of about three to five kanjis, and ask him or her to write a sentence or a story that includes all of them. Passively repeating the same kanji over and over again, as is often done in school, doesn’t require the brain to be switched on (it’s easy to think about something else at the same time), but making the kanjis convey a story cannot be done while your brain is on autopilot. Sometimes, the resulting sentences can become crazy and give you both a good laugh. It doesn’t always have to make sense. As long as the kanjis are written and used correctly, any hilarious sentences are fine.

Each child is unique. To help your child to learn as much and as easily and happily as possible, you fill need to find a method that suits his or her learning style. For some it’s easy, for others more challenging, but everyone can learn in some way. I hope you have found these ten suggestions of how to practise kanji inspiring. Good luck!